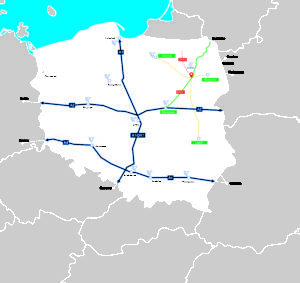 Łomża is a city with 63 thousand inhabitants, situated in the north - eastern region of Poland, within the administrative borders of the Podlaskie Voivodeship

in an area known as the Green Lungs of Poland. The city has county rights and is one of three major economic, cultural and academic hubs of the region.

Łomża is located next to the transport route of international significance, on the crossing of two national roads No. 61 and 63,

next to the European Route E 67 - VIA BALTICA which will connect Łomża with Berlin and Baltic coutries, soon

The distance from both, the capital of the country as well as the northern and eastern borders of Poland and the eastern border of the European Union

The border crossing points are in Kuźnica Białostocka and Ogrodniki

Distances from other cities: 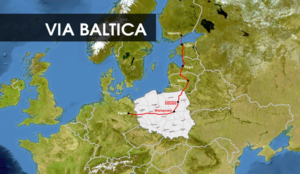